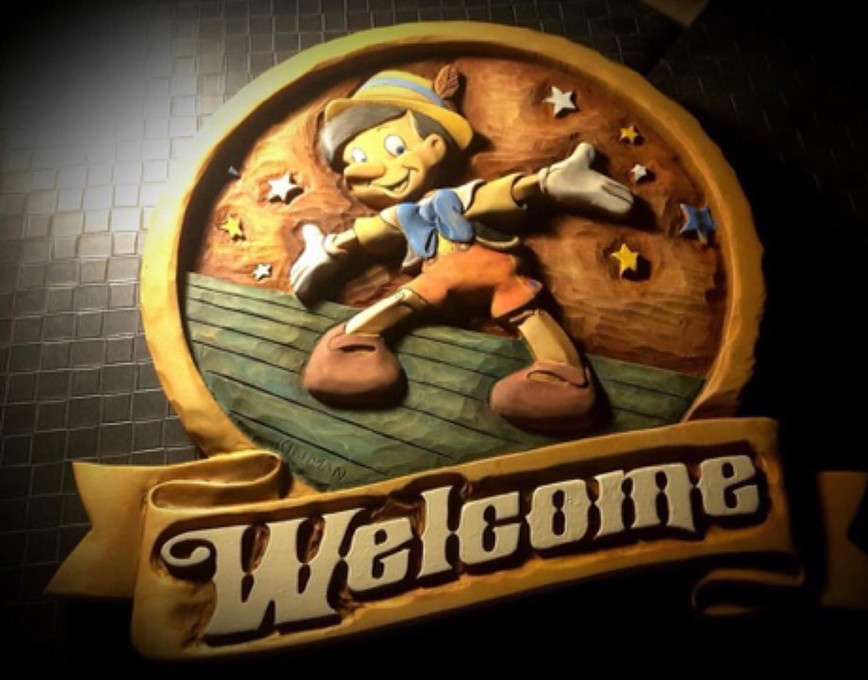 A long time ago, in a land far, far away (Lake Tahoe, CA) I was a 20 year old kid looking for something to do in life.  At the time, I was a gigging professional musician and I was pretty sure that one day I would be playing bass for The Beatles…

But life seems to have a way of teaching us lessons, right?  One day, out of the blue, my wife and I found ourselves expecting a baby.  I had to grow up fast.  I finally figured out that The Beatles already had a pretty good bass player and that I probably wasn’t going to get that gig any time soon.   I had to think of some way to make a living and support a family… fast.

I had seen some pretty neat carved wood signs around town.  A friend of mine was opening a restaurant, so I suggested that he put up a beautiful carved wood sign at his new place.  He knew I was an artist of sorts.  He stopped, turned around, looked at me and said, “That’s exactly what I was planning on doing.  Why?  Do you carve signs?”

What was I supposed to do?  I did the only thing I could think of doing… I did exactly what you would have done.

Actually, I prefer to think of it as telling “The truth in advance”.

The truth in advance isn’t actually a lie… it’s more like not letting the facts get in the way of a good plan!  I stammered,  “Well…. It’s been a long time since I did one, but sure, I can carve a sign for you!”

I had no earthly clue how to do such a thing.  I had no tools, no money, no place to work, zero woodworking skills and nobody to teach me… yet I was pretty sure I could figure out how to carve a sign.

I carved a sign for him and it turned out less than wonderful (actually it was pretty bad!) but from these humble beginnings I somehow found myself on a career path which plopped me right square in the middle of working with some of the best artists and creative minds in the world…

I became a Disney Artist. 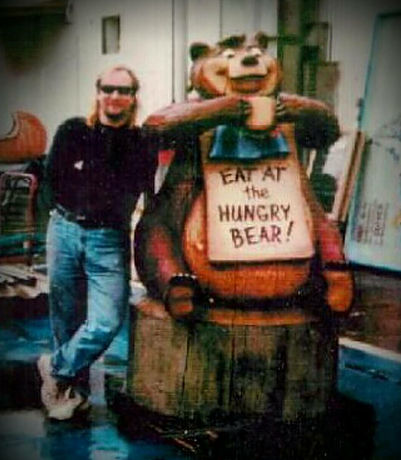 Walt Disney Imagineering is the “think tank of the Magic Kingdom” and is responsible for the creation, design and construction of Disney Theme Parks worldwide.

My creations have brought a few smiles to people’s faces over the years, which actually brings a big smile to my own face. Often, my carvings and signs are the very first thing you see when you enter your favorite Disney attraction. I can’t take all the credit, of course – I’ve had the distinct honor of working alongside some of the very best.

Here’s some of the attractions that I’ve had the pleasure of playing a part in creating:

And many, many others…

I like to tell a story with my carvings… a sort of “portal” into another world if you will.  A world where your imagination rules, where there are no limits and ANYTHING is possible.

I’m starting to get old. That’s just a fact. Let’s face it, there’s a limited amount of work that I can create in the time I have left, and when that is over…. You just may have a valuable piece of art on your hands.  Your great grandchildren will argue over who gets to inherit this one.

It’s time to pass the torch…

I am now teaching private weekend retreats for beginners in my Northern California studio.  Nothing would make me happier than to know that this timeless tradition will be passed along.

I’m the proud father of 5, grandfather of 7, and I live in Northern California in the foothills of the Sierra Nevada Mountains with my wonderful wife, Marisa.

I’m also still playing that bass guitar and gigging – and giggling – after 45 years.  Playing in a soul music band (The Sutro Allstars).

Ray Kinman was recently featured on The American Woodshop on PBS